What's going on in the north of Ireland?

Over the past weeks, intercommunal violence has flared up across the north of Ireland. Fears are being raised about the possibility of resurgent paramilitary conflict in the region – the majority of northern Irish people are young enough to remember the IRA and UVF bombing and targeted assassination campaigns of the Troubles, and none want to inflict similar trauma on post-ceasefire generations. News media sound bites and headlines talk of yet another wave of incomprehensible and interminable violence. Violence in the north, according to this narrative, is grounded inancient disagreements between Catholics and Protestants. It thus becomes an unsolvable problem of mindless hatred posed by backwards and stubborn religious sects. In opposition to those accounts, this session offers an explanation which is grounded in Ireland’s colonial history,and one which tries to understand the political grievances being expressed through the violence. Participants are invited to dwell on the causes and meanings of violence and peace, and to consider what relevance Ireland’s experience bears for reflecting on colonisation in Australia. 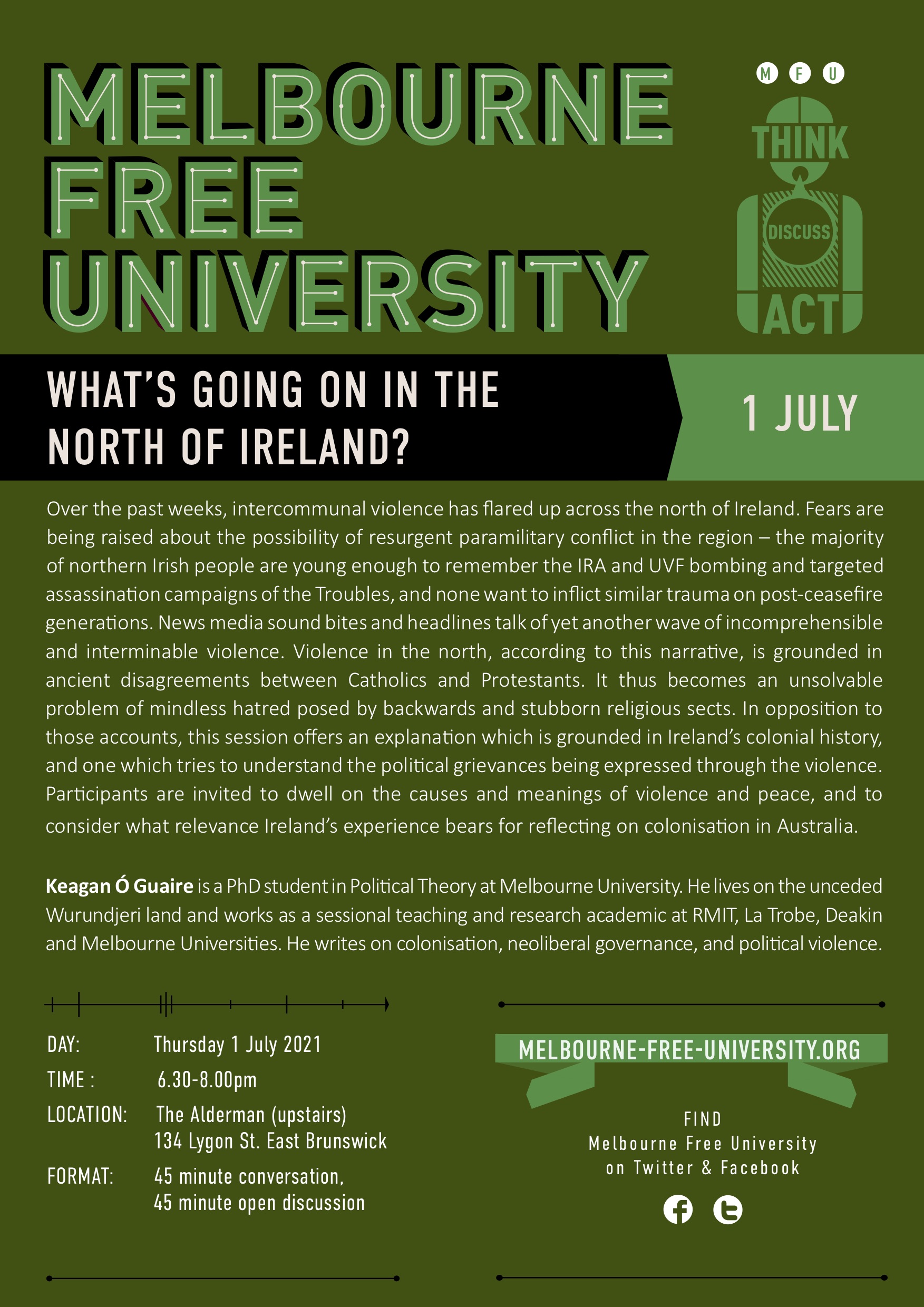