What’s going on in India?

Since the announcementof the pandemic in India in March 2020, the central government has undertaken dramaticmeasures aimed at controlling the spread of the virus. From announcing adraconian lockdown of the country for three weeks on March 24, 2020, to declaringthat India had fought off the crisis and was ready to supply vaccines to theworld on January 16, 2021, the country subsequently descended into a publichealth crisis of tragic proportions. In between these intensely experiencedevents have been many instances of despair, hope, resilience, success andfailures that are instructive. How did the government of India get its modellingand strategy so wrong? Why did India’s public institutions, media, science andtechnology institutions, universities and public health experts fail toanticipate the current situation? This crisisunderlines the various layers of structural violence that exists in India. Inthis talk, I reflect on some of the political and social underpinnings ofstate-violence in the country. I dwell on the country’s long history ofcounterinsurgency and raise questions about the easy manner in which erosion of ideals such as autonomy and social justice have contributed to the current predicament. 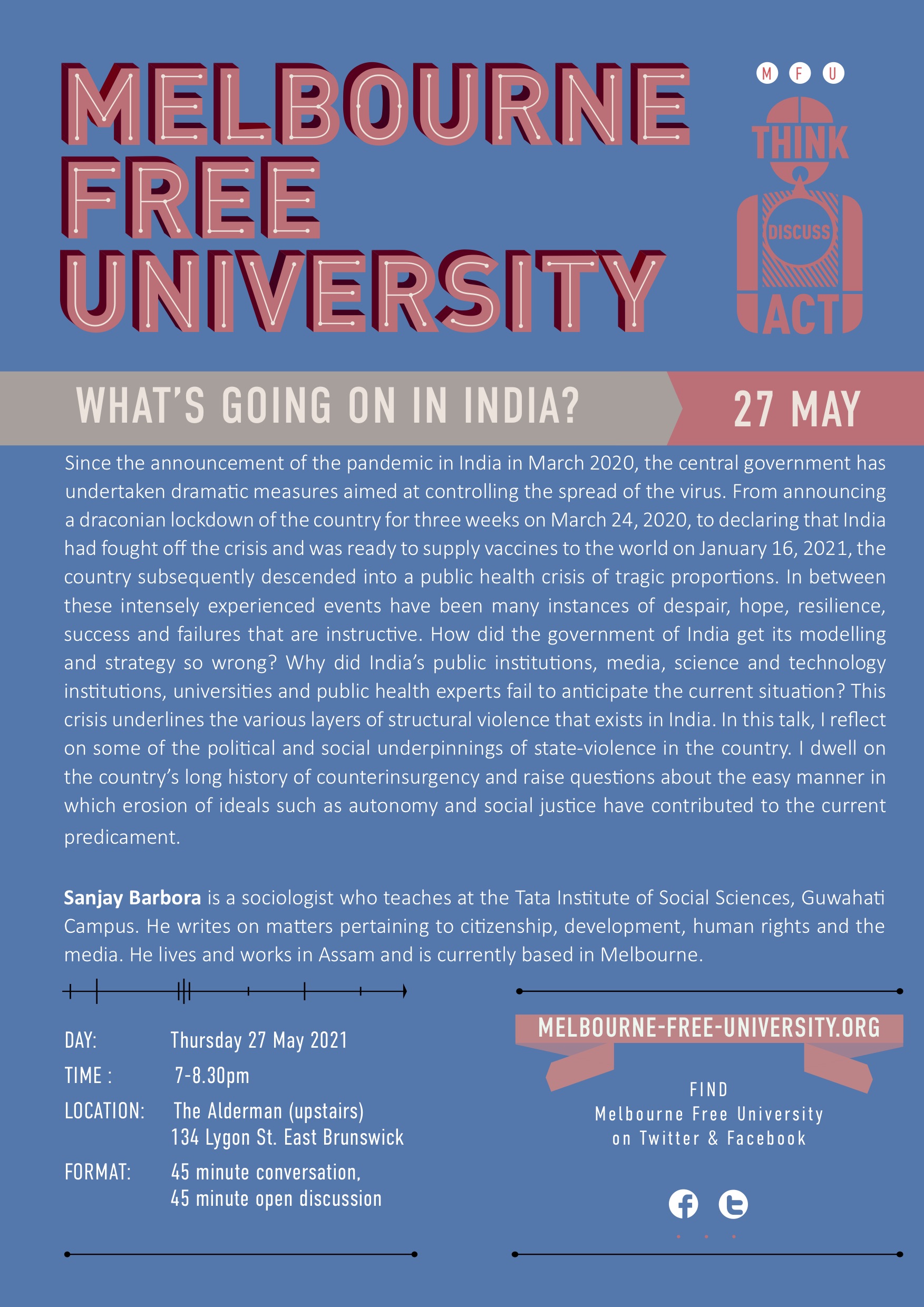