Opposing the ‘Freedom Movement’: A look back at leftist activism and Australia’s anti-lockdown protests

It seems that the anti-lockdown movement scared our government out of re-enacting pandemic restrictions. But with its purpose fulfilled, it’s now in decline. This is a good time to look at what we did in opposition to it.

The Australian anti-lockdown movement was a melting pot of class, fear and conspiracy, germinating in Facebook and Telegram spaces. As the first lockdowns hit Melbourne, they started smashing televisions to send a message to the ‘mainstream media’; at their first rally in 2020, they were a chaotic mess outside Parliament House. But they grew through the pandemic to achieve numbers on the street that no conspiracist movement had ever seen before. Reactions from the left to the movement were often confused. And often divided. We saw the formation of new, temporary alliances in opposition to it. We argued, we fought – and we suddenly had to balance the activist urge to respond with the need to stay at home. What worked? What didn’t? And what might we do if a movement as surreal as this one develops again?

Tom Tanuki is a writer, YouTuber and anti-fascist activist who develops political comedy and commentary online, on stage and among Australian activist scenes. Since the beginning of the pandemic, many of Tom’s weekly videos covering the Australian political fringe have focussed on the anti-lockdown movement. 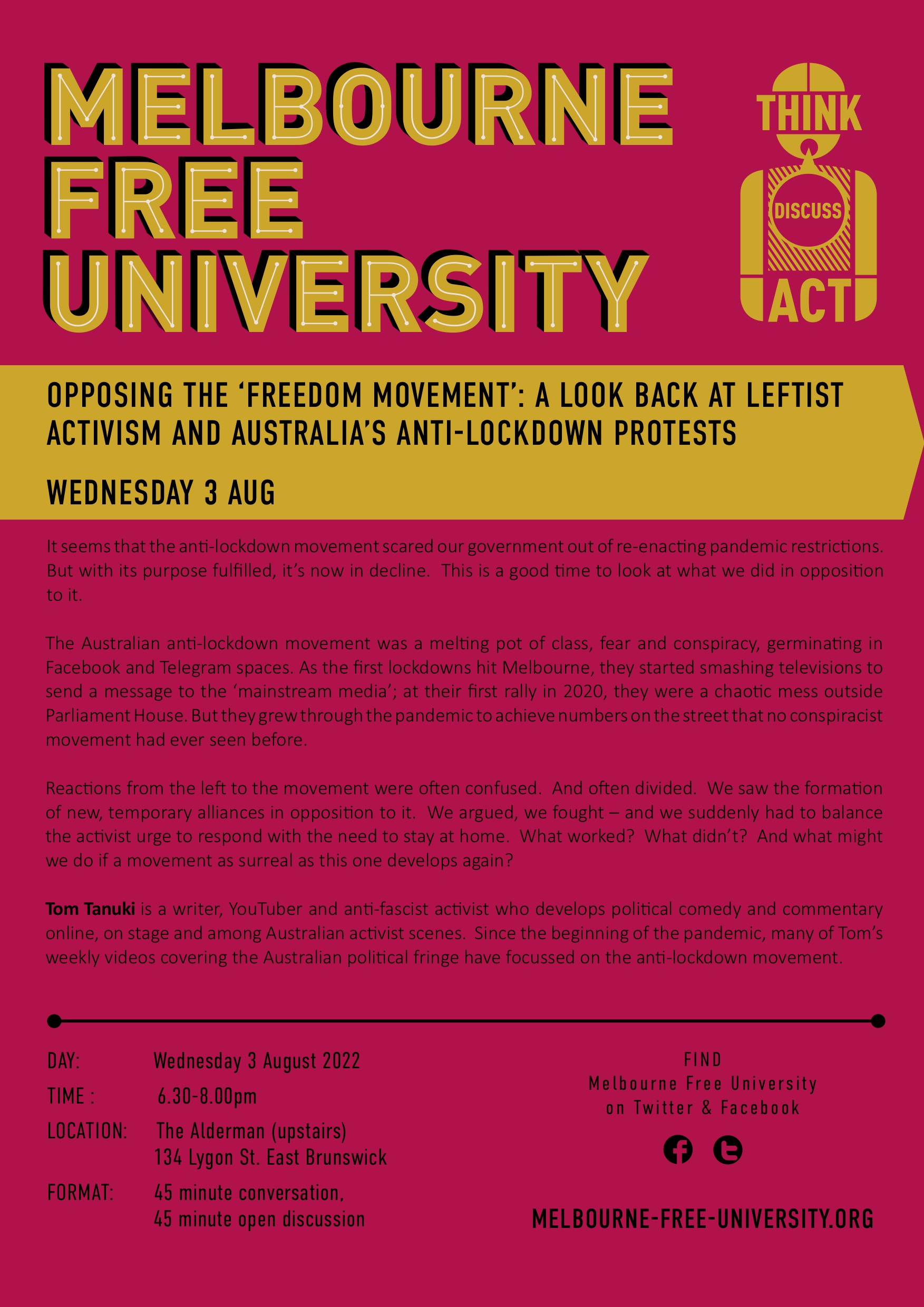