What's going on in Syria?

Conventional wisdom is that the regime of Bashar al-Assad has won the Syrian civil war. In violently re-asserting its control over most of the territory of the country through so-called “reconciliation agreements”, the state has supposedly been triumphant in reimposing its all-encompassing rule on the populations and territory of once rebel-held areas. This talk for MFU assesses this claim with a critical eye to offer a more nuanced account of Syria’s supposedly “post-war” landscape.

Dr Marika Sosnowski is an Australian-qualified lawyer and Research Fellow with the German Institute for Global and Area Studies (GIGA) in Hamburg supported by a grant from the Fritz Thyssen Foundation. Her primary research interests are in the fields of critical security studies, local/rebel governance and legal systems. Her geographical area of specialisation is the Middle East, particularly Syria. 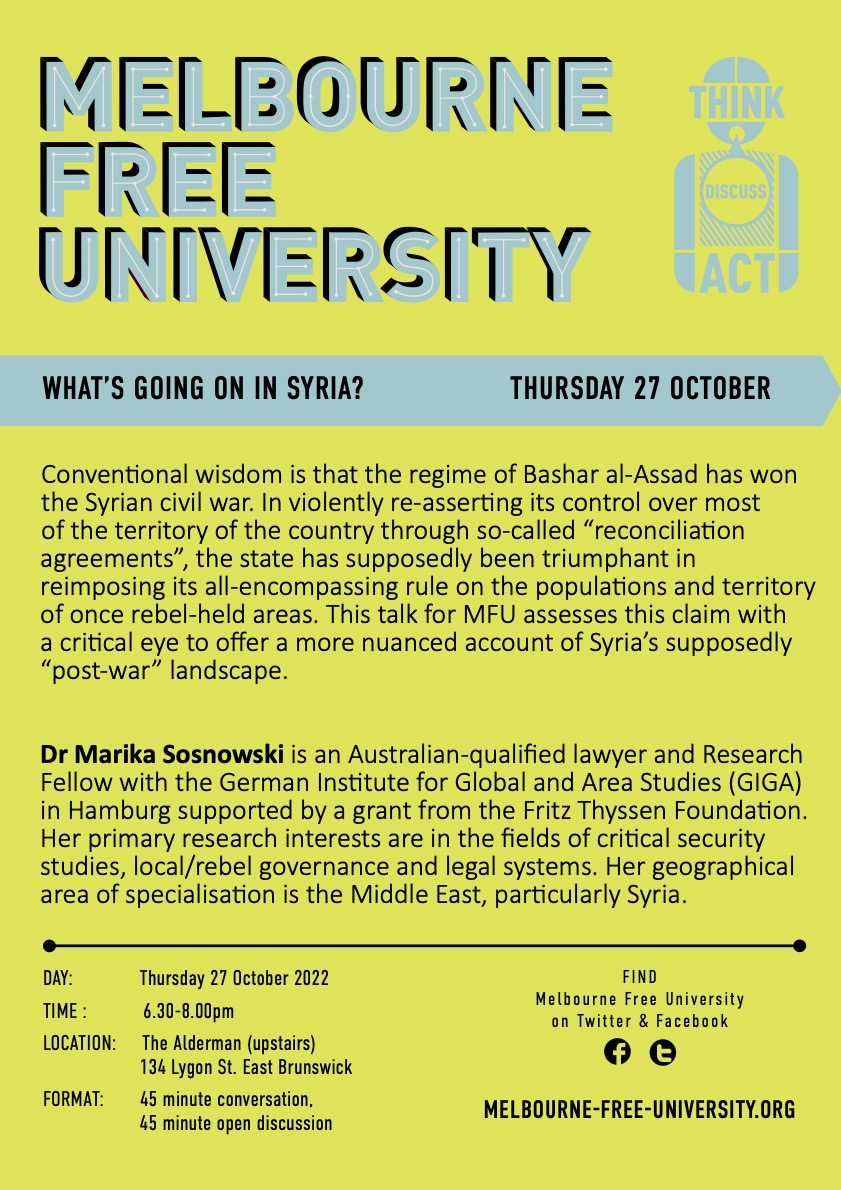