The Political Economy of War in Ukraine: From reform to revolution to rupture

Russia invaded Ukraine at the end of February 2022, catalysing appalling violence and a deep humanitarian crisis. Western condemnation of the Russian invasion has been swift, as has the delivery of military, and some humanitarian, assistance to Ukraine. Alongside the Russian invasion, Ukraine is struggling to repay billions of dollars of external debt, experiencing a crisis of internally-displaced persons, facing heightened poverty and deepening inequality, while attempting to provide basic levels of support to war veterans, the elderly, sick, and other dependents. Much of these issues are not solely due to the Russian war, though the invasion has further entrenched and aggravated long-standing problems. This presentation aims to understand the historical political economy of both the contemporary crises in Ukraine and the background to the humanitarian, political, economic, and social crises engendered by the 2014 War in Donbas. This presentation argues that the current catastrophes we are seeing in Ukraine have been catalysed by decades of economic reform since the country’s independence, contributing to the social crises that erupted with the 2014 War in Donbas, which has then subsequently been further aggravated by the 2022 Russian Invasion. 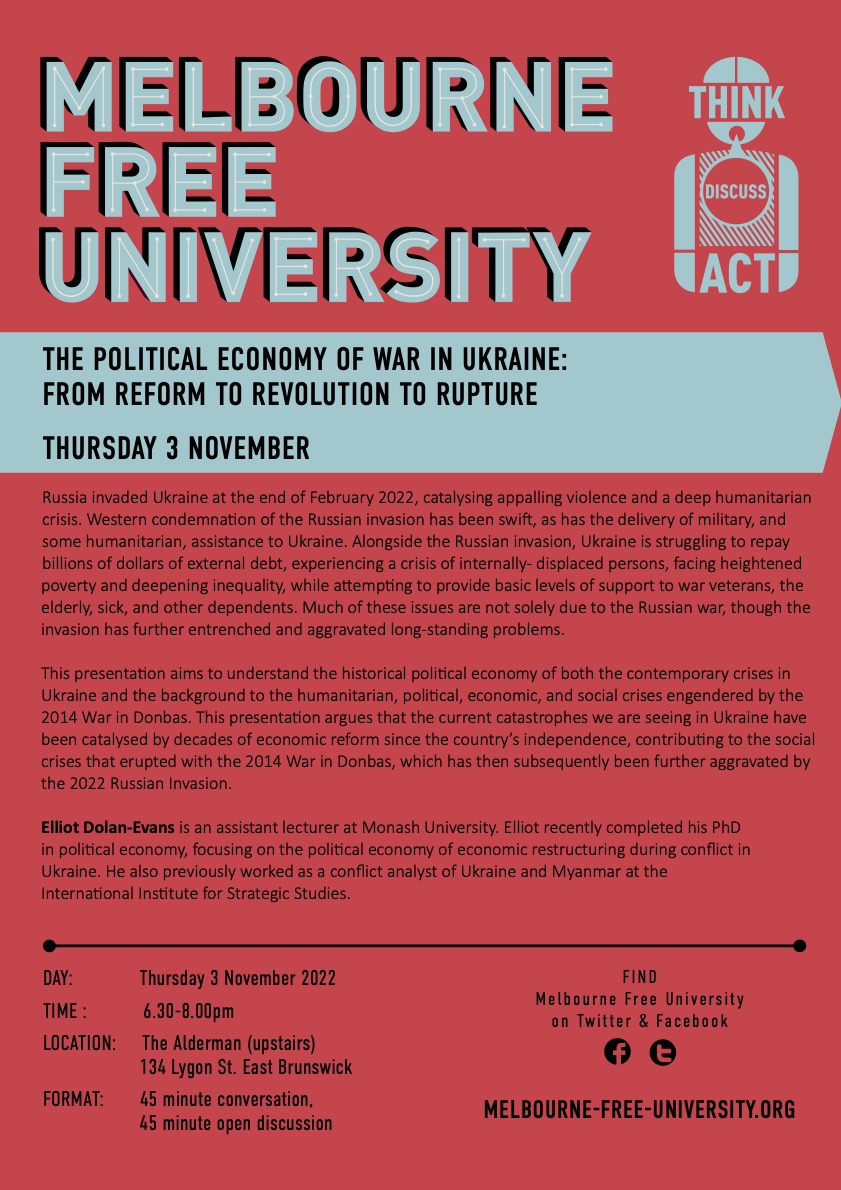