You may have heard talk of Putin's mercenaries parachuting into Kyiv in the early days of Russia's invasion of Ukraine to try to find and kill Ukrainian President Volodymyr Zelenskyy. But did you know that, since 2017, there has been an increase in Russian paramilitary groups participating in wars and conflicts in Africa?

In the Central African Republic, the ‘Wagner Group’ (also known as PMC Wagner, Wagner Private Military Company and occasionally the Wagner Corps) has been operating alongside state military forces and, on occasion, even the UN’s MINUSCA peacekeeping mission which aims to stabilise the country and combat rebel insurgencies. In fact, reports have established that the group has been engaged in committing human rights abuses, some of which have occurred alongside peacekeepers from the MINUSCA mission. These have included massacres of civilians (including children), torture, and the murder of journalists. The involvement of private military companies in the region is not new -- American and South African private military companies operated in West Africa the 1990s and early 2000s -- but their deployment in service of a particular outside state's foreign policy objectives is.

This talk will unpack what Wagner Group is doing in the Central African Republic and how its presence links in with a broader strategy.

Isabella Currie is a Masters by Research candidate at La Trobe University. Her research project considers the theory of autocracy promotion by researching tools of authoritarianism and malign instruments of influence that are used to undermine, inhibit and reverse democratisation. 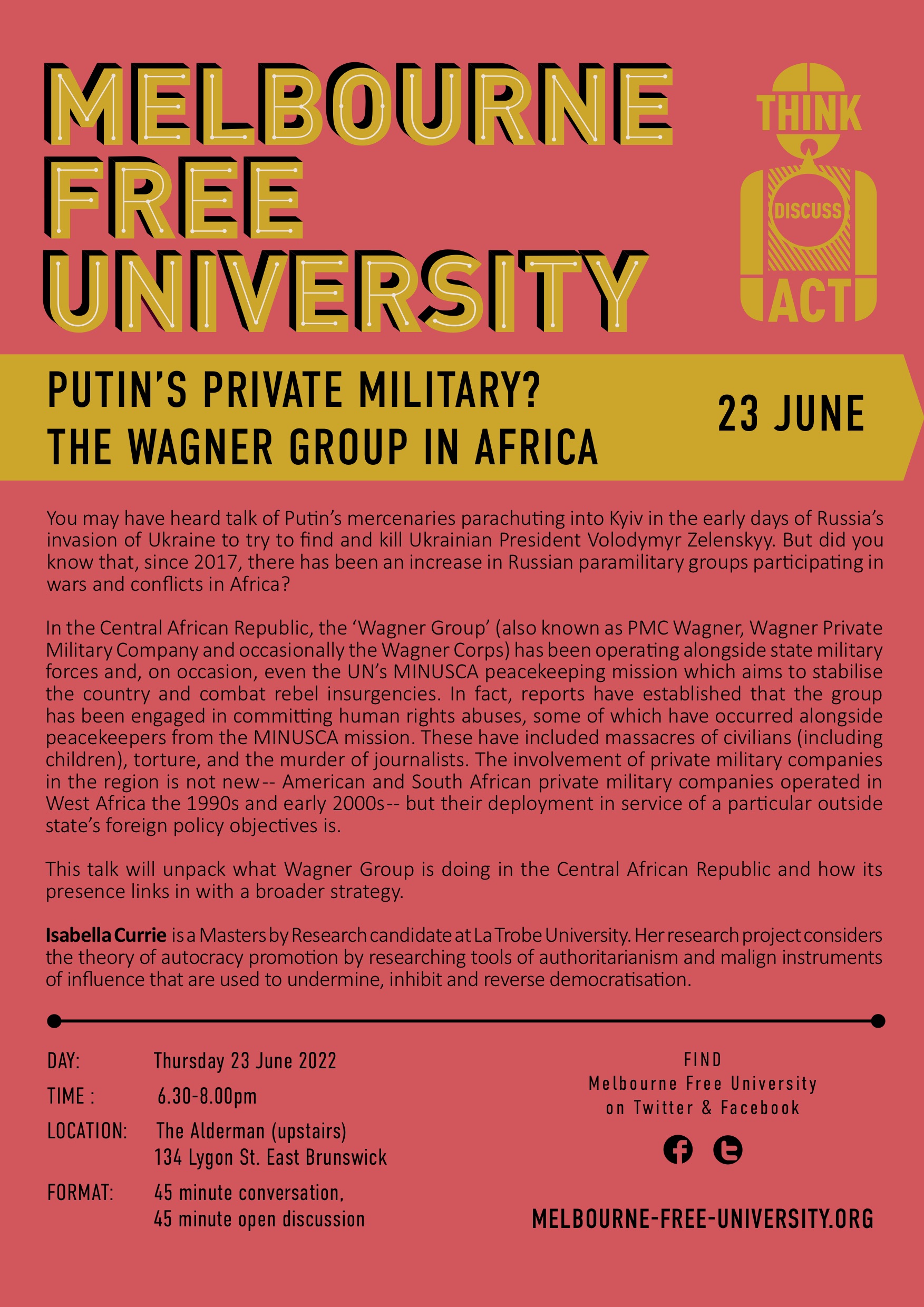