Unmanned Aerial Vehicles — or drones — are at the forefront of military technology today and are increasingly forming the invisible frontline of modern state warfare.

Drones have also been used in humanitarian and peacekeeping missions. In the words of Leon Panetta, then director of the CIA, they are the ‘only game in town’.

At the same time, drones have become a source of terror and death for many across the globe in the US-driven ‘war on terror’ and of growing anxiety in Western societies as governments rely on drones and other automated technologies to surveil and collect information. We will also delve into how drones are becoming normalised through non-military application such as their commercial and recreational use, and how this shapes our debates about drones. 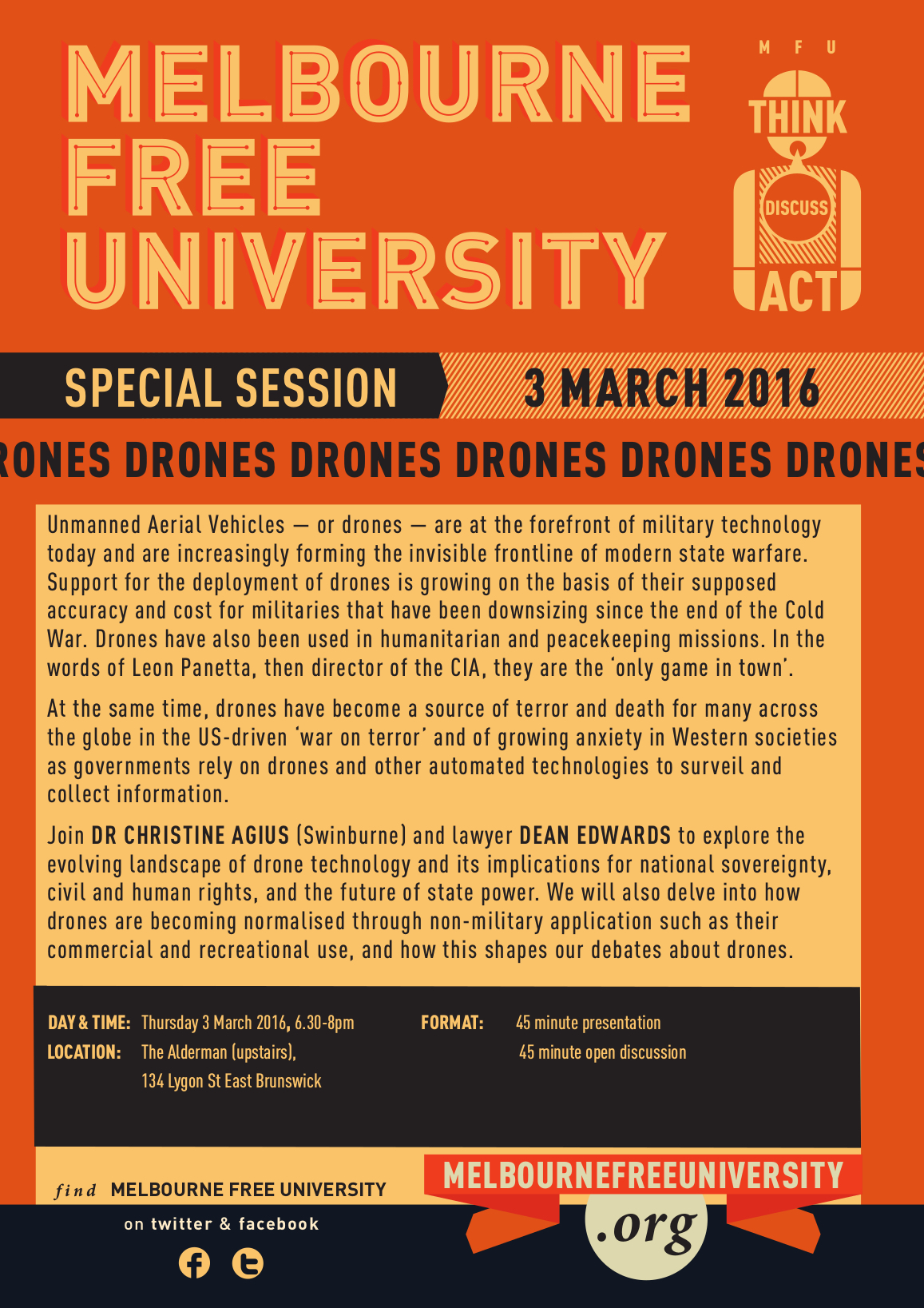