On Motherhood under Turbo capitalism

The entrance of women in the workplace is touted as a social revolution of unprecedented success. Feminists have argued that there hasn’t been a corresponding revolution in the organisation of childcare and this has left mothers stranded between the timewarp of domestic and corporate identities. Many mothers long for the supports of proverbial ‘village’ it takes to raise a child. Lots feel torn by the unsustainable demands on them, guilt about being unable to do anything well, grief about the autonomy they experienced in their careers. An unquantified number suffer maternal guilt, and sink into depression as a result of exhaustion, irritability with their children and disillusionment with mothering. Mothers put on a brave face, but many are in silent crisis. Is it time for a mother’s revolution? 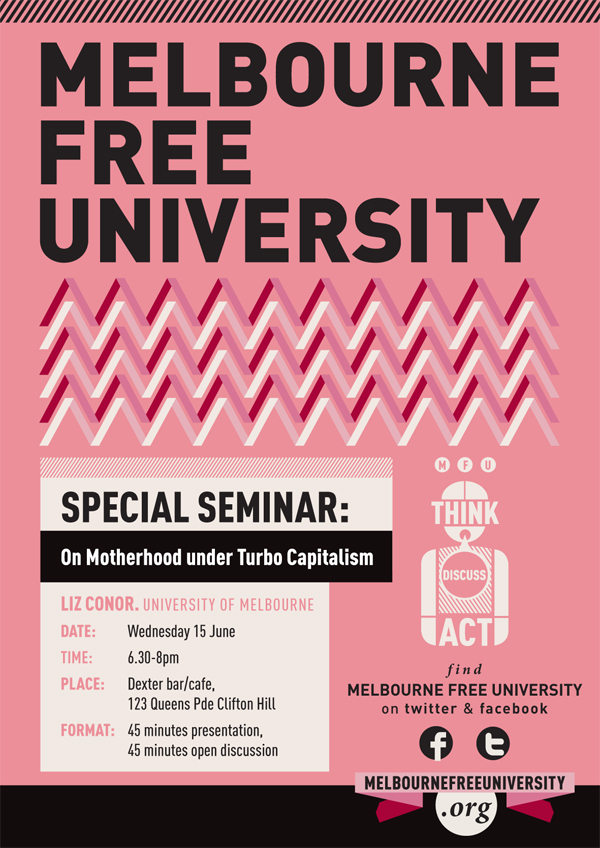