In 1954 Australia sent a delegate to the drafting conference for what would become the United Nations Convention Relating to the Status of Stateless People. But it wasn’t until 1975 that the Government signed onto it, at the same time as it signed onto the 1961 Convention on the Reduction of Statelessness, and the 1967 Protocol Relating to the Status of Refugees. Broadly speaking, under the Refugee Convention, a refugee is someone who has a ‘well-founded fear of persecution’ for a range of reasons, and who is outside the country of their nationality; under the 1954 Statelessness Convention, a stateless person is someone who is not considered a nationalby any State.

Why did it take so long for Australia to accede to these Conventions? In short, because of the White Australia Policy.

This talk will explore the history of Australia’s involvement in the formulation of these Conventions and the internal discussions that happened within the government bureaucracy about what Australia’s relationship to stateless people should look like. At the centre of this history is the role of settler colonialism in shaping Australian ideas about how to govern and control populations,and the ongoing problems created by a world shaped by nation-states. This talk will prompt usto think about how white supremacy functions as a political system that systematically harms people pushed to margins.

Dr Jordana Silverstein is a cultural historian and a Senior Research Fellow in the Peter McMullin Centre on Statelessness in the Melbourne Law School. 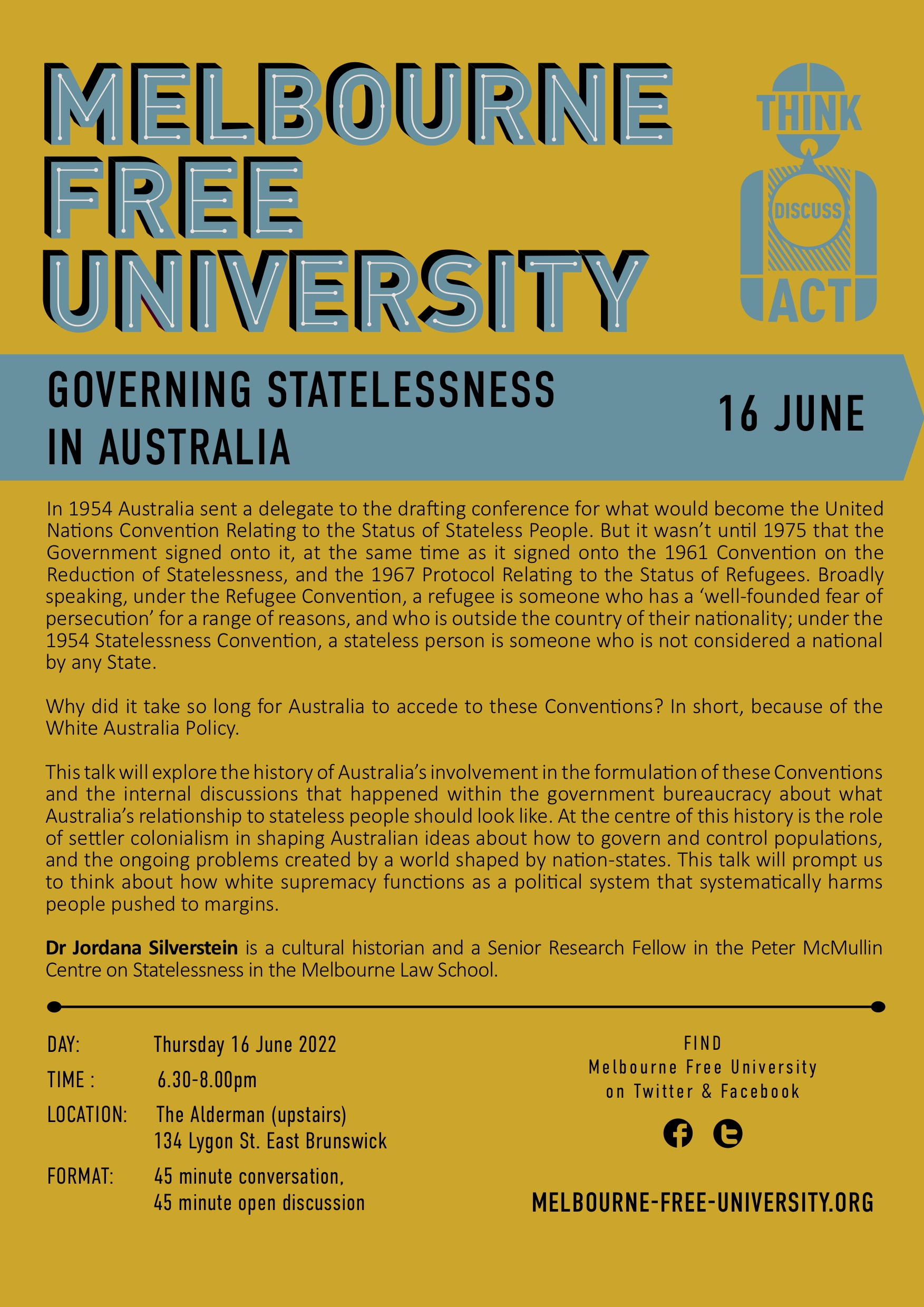